News about the campaign

The campaign for the general election is in full swing! Due to corona, the campaign will mainly be online. Check our Instagram page for new posts. From January onwards, find out what’s going on below:

There is no news yet! Keep an eye on this page!

The Campaign Committee is campaigning on behalf of DWARS Amsterdam for DWARS ideals for the general elections on March 17, 2021. We are extremely motivated, given that GroenLinks has big plans for our country and the current (climate) crisis we are in. We will mainly do this online, because of the restrictions imposed by COVID-19.

Do you want to join the Campaign Committee?

Experience with campaigning is not necessary, your enthusiasm is enough! If you want to know more about the campaign, DWARS or GroenLinks, you are more than welcome to contact us. Send an email to our committee chair, Margo Mustert, at campagne.amsterdam@dwars.org.

Curious why we think you should vote for GroenLinks? Read on below!

Importance of the upcoming elections

We will all determine which course we will sail with the Netherlands over the next four years. After having had Rutte as prime minister for 10 years, it is clear where his policy is taking us. Economic growth is seen as a solution to everything, even if the climate is undermined. Student debt has risen enormously in the past five years, but the cabinet has done nothing to reform or abolish the current loan system. And the Netherlands is struggling with a huge housing shortage, which means that young people pay the highest prices in rent for a small room, if they can find one at all. That must change!

Fortunately, it can also be done differently. But it is important that we as young people make our voice heard: for a greener, more social and more inclusive Netherlands.

GroenLinks has already achieved a lot as an opposition party in recent years. For example, GroenLinks helped with the Climate Agreement, GroenLinks provided €450 million for vulnerable neighbourhoods and GroenLinks managed to get a majority in parliament for the idea to abolish the binding study advice. After the election, GroenLinks wants to (co-)govern. Below is a selection of the things that GroenLinks wants to achieve.

Of course, the GroenLinks election manifesto is much larger and more extensive than this. If you are interested, we would especially encourage you to read further. You can read the full manifesto (in Dutch) here. 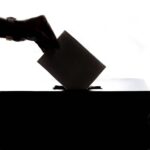 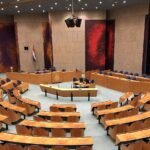 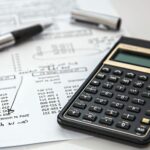