The things we lost in the fire: Learning from ‘Aleppo’

The contrast could not have been more stark. As the world was getting ready for Christmas, a celebration of joy and love for many, a time of peace, of buying presents and planning family reunions, citizens from Aleppo sent their – perhaps to be last – messages to the world, detailing the despair and hopelessness they lived through every day while their city – or the ruins that remained – were bombed day and night. The Syria Campaign, a group affiliated with the White Helmets (a group of ‘Civil Defense’ workers in Aleppo that gained international attention when they were nominated for the UN peace price), filled the inbox of supporters with daily mails, every new one even more disheartening than the last:  “We’re having to choose who we find [under the rubble] and who we don’t”, “Please do something to stop this hell”,  “The world went completely silent”.

Now, forces loyal to the regime of Bashar al Assad, hold the entirety of the city that was once to be the heart of the revolt against Assad. People flee, on foot, in whatever vehicle still drives, or in the evacuation (or as some have called them: deportation) busses to other areas in Syria were bombs are still falling at this very moment. Some stay, tired of running and awaiting an uncertain future. Sadly, the Syrian war is far from over.

How different was the outlook almost 6 years ago, when, sparked by civil protest in Tunisia, all across the Arab world millions(!) of people took to the streets to protest against poverty, economic decline, unemployment, human rights violations and political corruption. They demanded change, dignity and a meaningful life, eroding the powerbase of long-ruling autocratic regimes.

Yet change is never easy, and dictators never readily give up their claim to power. As the Arab Spring turned sour and peaceful protests were met by brutal police violence, the revolutions turned into civil wars. And in no place has the ensuing disaster been greater than in Syria. The UN, which had officially stopped counting the death toll in Syria at 250,000 early 2014, felt compelled to nevertheless make a statement at the start of this year that the number should be 400,000, while many NGO’s put the number higher still. This staggering number was released even before the war entered the fase it currently is in, with offensives by regime forces, Russia, Iran, Hezbollah, ISIS, Turkish backed rebels and other rebel coalitions.

As the fires in what was once Syria’s biggest city slowly die out, we must contemplate what we can learn from ‘Aleppo’.

Change comes at a price
As I stated above: change comes at a price. Revolutions are never painless. Or without blood. Regime change never happens without the incumbent regime trying to do whatever it can to hold on to their power. Never. We in the West, contemplating world affairs safe and sound from our armchair, often forget we too had to fight numerous wars and revolutions before gaining such basic rights as democratic government, human rights and freedom. We have a rosy image of change in these modern times, given in by the wave of democratization in Eastern Europe, conveniently forgetting the decennia of bloody struggles and ‘failed’ revolutions that preceded these transitions.

“We have too rosy an image of change”

So when protests turn violent and protesters into rebels, we should be ready to stand by their cause. ‘Supporting democracy and human rights’ cannot be an empty phrase issued by the West at diplomatic lunches. It needs to be backed up by tangible strength when people are willing to risk their lives on the streets fighting for those rights.

Inaction is a choice
Sadly, we were not ready, willing or able to back our words up this time around. The response from the EU and the USA on the revolutions in the Middle East was terribly slow. While tanks rolled into the streets of Cairo, Obama was still contemplating whether or not to let Mubarak fall. And now, with al-Sisi in power, the West is still the number one supporter of the Egyptian military, justifying it by stating that it creates ‘stability’.

Yet even when we address (silent) support for autocratic dictators, when we support grass-roots movements and civil society, when we call for peaceful transitions and for respecting international law, when we limit arms-trade and military spending, we know it will not be enough. There will come a time when words reached their limits and guns take over. We can then lament the passing of diplomatic means, or we can stand by our principles and intervene.

Now, the discussion about intervention has always been a precarious one in Green parties – and rightfully so. The decision to act militarily is perhaps the hardest one a politician has to contemplate. But, I argue, it is not a decision we must a priori shy away from. There are times when the costs of inaction are greater than the costs of acting according to what little options you are left with, even if you hate those options – and you should. Interventions are hard, costly and bring about a lot of human suffering. Yet, imperfect as they always are, no one can deny that Libya, right now, is still in a better position than Syria is. We let the momentum of the Arab Spring die out. The Hope of Spring was turned into the despair of Winter – and we watched.

“The hope of spring became the despair of winter”

The inaction of the EU and the USA when Syria’s regime shot, tortured, starved and barrel-bombed their people, when it used chemical weapons despite an international ban, has sent a more powerful message than any action could: do as you please. We will watch, we will complain, we will mourn, but we will not stop you.
We should have the debate now about what we as Greens are prepared to do when the time comes that action is needed and our options run out, not when a new crisis presents itself.

Human Rights and International Law are under threat
In 2015, photos by regime dissident ‘Caesar’, a former military photographer in the regime’s detention facilities, have been displayed in such places as the UN headquarters, the European Parliament, US Congress, the UK Parliament and the Holocaust Museum in Washington DC. Damning pictures, gruesomely depicting death and torture. The silent yet appallingly explicit evidence of crimes against humanity in Syria. The exhibitions were “to remind staff ‘not to look away’”

Yet look away is exactly what the world did. While war rages on and diplomatic efforts to reach a solution failed time and again, the world was not truly prepared to act.

The Arab Spring thus left us with a strange mix of realizations. On the one hand, it proved democracy and human rights are not ‘Western values’ but carry universal weight and people in Arab countries are prepared to fight for those same values. While on the other hand it showed us how deeply contested and challenged these norms and values are in contemporary world politics: hospitals and aid services are being bombed, the International Red Cross and UN observers are being denied access and NGO’s are being framed as biased or even criminalized.

It is up to the EU to stand firm for Human Rights and International Law, especially in these times of need. Internally, we must respect them and uphold their absolute values. Likewise, that means we cannot deny others – whether we agree with them or not – the rights we ourselves embrace: freedom of speech, of assembly and protest, and the rule of law. Internationally, we must be prepared to ceaselessly bring up these issues. We must find our allies and create coalitions willing to work together to preserve what we have gained through painful progress over the last centuries. We must not be naive and realize the threat to human rights is real and, if we allow it, could do permanent damage.

“EU, stand up for human rights!”

The balance of power is shifting
Tied to all of these issues is the rebalancing of power in the international arena. Samantha Power, the US ambassador, recently gave a fierce address at the UN, asking the Russian, Iranian and Syrian regime: “Are you truly incapable of shame?”. Her speech made headlines, yet it was truly just one of the many expressions of aversion to and disgust about what was happening. A testimony to the impotence of the whole world, watching as reality unfolded before their eyes, a phenomenon all too familiar to Power (she wrote a book, “A Problem from Hell”, about the inaction of the world in the face of genocides). The more important question to ask at the UN in the wake of the Aleppo siege: Are you truly incapable?

Deadlocked by internal disagreement, the UN Security Council was unable to do much, if anything, during the 5 years of civil war and increasingly horrendous abuses in Syria. The international balance of power has shifted and with it, international institutions and laws are being challenged. The ‘Liberal order’ under American leadership is no longer the modus operandi of international politics. Russia used Syria to reassert itself as a dominant international player, challenging the perceived hegemony of the USA. Their message is clear: we will no longer let Americans dictate what happens in international politics. With this reassertion of power comes a rejection of everything ‘Western’: liberal democracy, human rights and the doctrine of ‘Responsibility to Protect’. In Russia’s wake, regional powers like Saudi-Arabia, Iran and Turkey follow suit. Authoritarianism, nationalism and militarism seem to be on the march.

Is all lost? No, not necessarily. Russia is not the only rising power in the international world: China, Brazil and India are claiming more and more influence. The EU should see its opportunities in striking new alliances and bolstering old ones and in redefining the values and institutions as we know them to not only count for those fortunate enough to live in the rich north. The Liberal order is not dead yet and by broadening its basis of support and widening its own vision, the West can still retain a dominant influence in international affairs.

From the ashes…?
The human tragedy in Aleppo presents a bitter conclusion: it is the most explicit evidence of a shifting world balance and the diminishing significance of human rights in the international arena. I presented  four ‘lessons’ to start a much needed discussion on the future of Green international policy. As we view these images of human suffering, of a city reduced to ruins, of emotional trauma, hopelessness and despair, we must remind ourselves time and time again of the challenge that lies ahead. We as Greens must not allow ourselves to look away, but face this challenge head on and prepare for coming crises. We owe that much, at least, to the people in Aleppo we could not help. 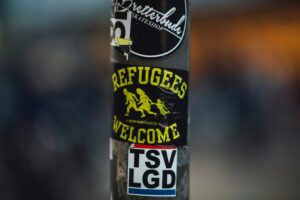 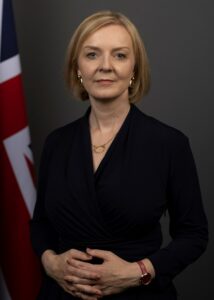 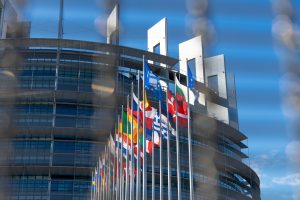